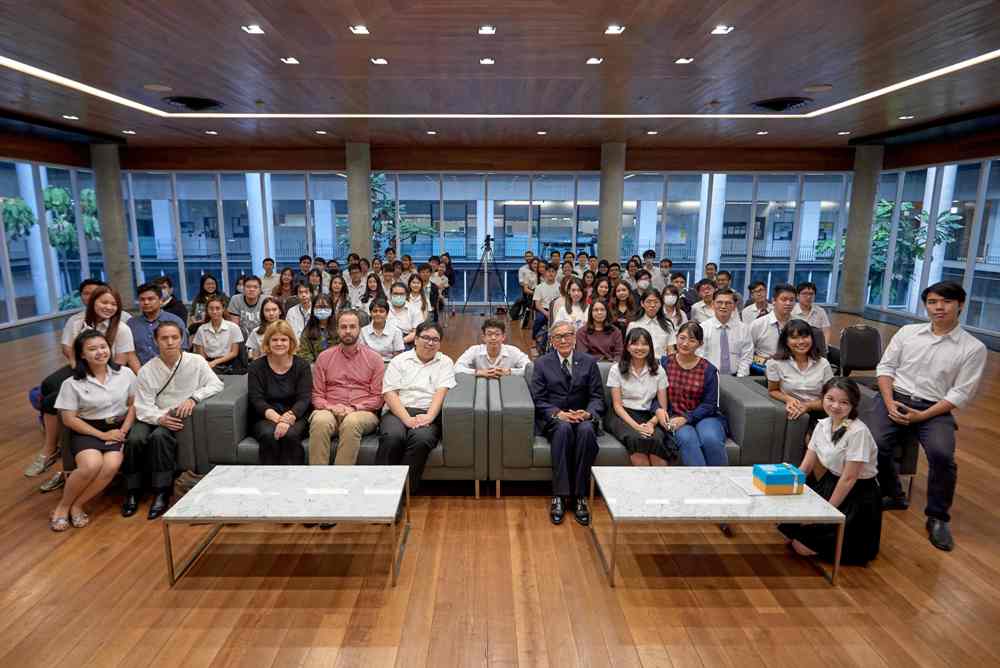 Mahidol University International College (MUIC) had the honor of having distinguished diplomat and statesman H.E. Dr. Tej Bunnag as its guest speaker in a special lecture on China on February 5, 2020, at Charinyarasami Hall, Aditayathorn Building.

The event was attended by 90 students and lecturers from MUIC and other institutions. Dr. Bunnag was a former foreign minister and ambassador whose diplomatic postings included the US, China, France, and the UN Office at Geneva. He also played an important role in the establishment of relations between Thailand and the People’s Republic of China.

During the open forum, participants were given the opportunity to ask him questions about the US-China trade war, China’s Belt and Road Initiative, Thai foreign policy and his diplomatic experiences