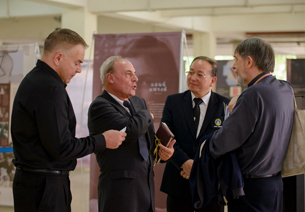 The exhibition and the interactive workshop were organized by the MUIC Social Science Division in cooperation with the Anne Frank House, Amsterdam, The Netherlands. The event aims to honor the memory of Anne Frank and raise awareness about the Nazi era and the Holocaust, counter prejudice and discrimination, uphold human rights and work for an inclusive and democratic society. Hosting the exhibition and the workshop demonstrates MUIC’s commitment to a world-class, liberal education institution for its students. .