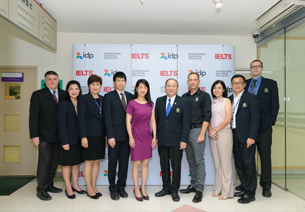 The Australia-based IDP has 93 offices in 31 countries including Thailand, claiming a client satisfaction rating of over 90%.