Visit of the Delegation from MyQAN 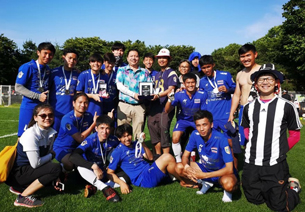 Mr. Ariyatut Tanaratsorn, a Finance student, and Mr. Darius Chirasanta, a Media Communication, along with their team mates in Team Thailand, competed against 16 other teams from the US, Japan, South Korea, China, and others.

Team Thailand was the 1st Runner-up and Mr. Chirasanta won the Offensive MVP (Most Valuable Player) Award. This invaluable experience of going against teams from other countries is expected to further improve the two students’ level of play.