‘Hungry Ghost Game,’ a cultural game by Mahidol ICT students to be launched globally on Halloween. 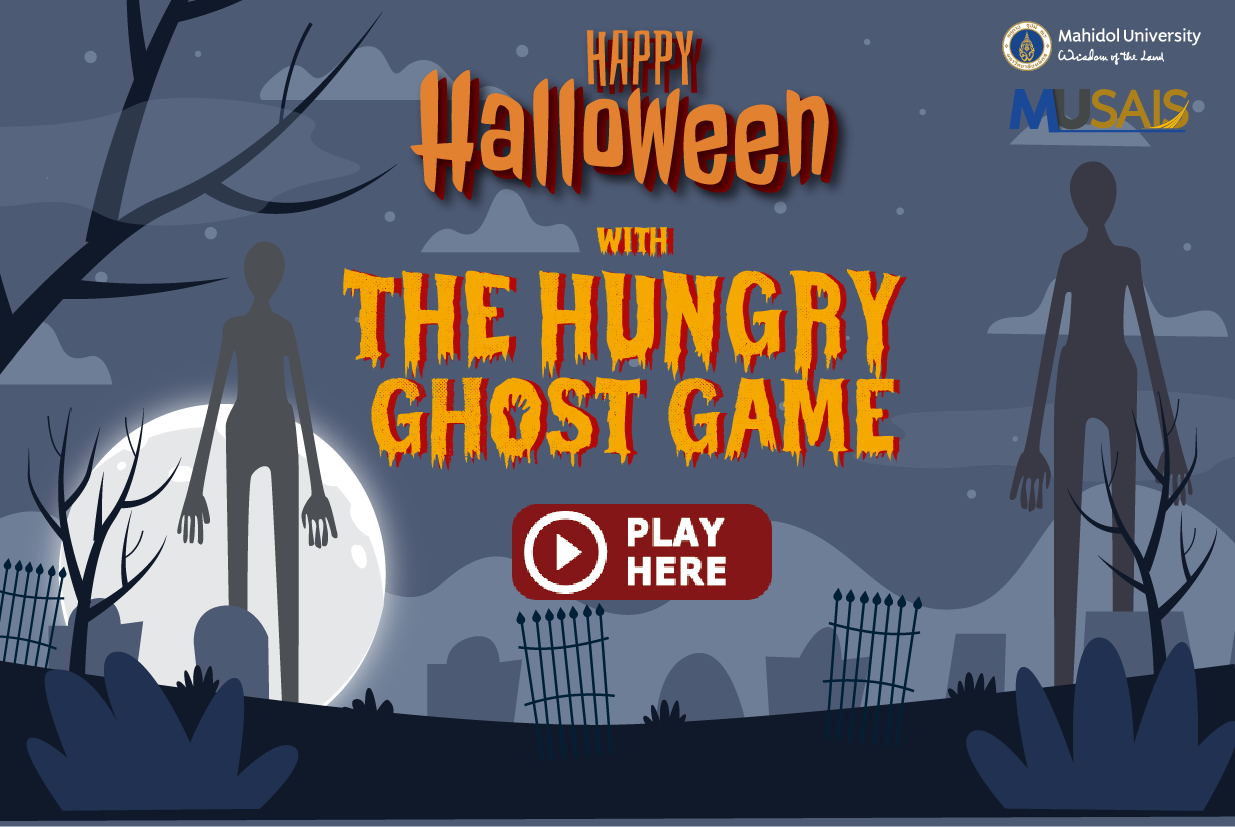 Dr. Pattanasak Mongkolwat, Dean of the Faculty of Information and Communication Technology at Mahidol University (MUICT), mentioned that Thai talents have developed more games nowadays in response to the fast-growing demand in the international community, yet necessary supports on capacity building and technology are still lacking in the country. He visioned further that apart from its entertainment purposes, game technology could be applied for educational purposes as well. It could provide medical treatment simulation or create a virtual reality where objects of study would virtually appear in front of students. Until recently, the faculty has cultivated game developing skills among the third and fourth-year students, some of whom have been encouraged to develop “Hungry Ghost Game” in collaboration with the International Relations Division in order to promote cultural exchange. The game is set for global launch on 31st  October 2020, Halloween day.

Dr. Pisit Paiwattana, lecturer at MUICT, who was the advisor and supervisor to the team provided insight that the students were taught to focus on answering fundamental questions during the development, for instance: how to play the game, why would people play the game, and what is the challenge of playing this game? Despite having the spiritual “Ching Preta” tradition (a well-known tradition in southern Thailand to remember one’s ancestors) as its motif, Hungry Ghost Game was designed to be simple and friendly in order to connect with people across ages and genders. Players will be able to interact with the game as well as taking and sharing selfies with Halloween camera filters that were also developed by the students based on characters for their future games.

Mr. Archawat Silachote, a fourth-year student from MUICT and the team leader, said that he was proud to have developed a game that would help promote Thai culture in the international community using knowledge he had gained from within and outside of the classroom. This opportunity has fulfilled his dream of developing an international game of his own.

Ms. Anchisa Suklom, a fourth year student from MUICT who designed the game’s levels, said that it was challenging to be responsible for the 25 levels of the game as she had to calculate each level’s difficulty by the speed of the falling items (traditional sweets, such as yolk roll, rice cracker, bean donut, etc.). Being one of the developers of the Hungry Ghost Game gives her an invaluable experience on how to work as a team.

Lastly, Ms. Narinda Adam, a fourth year student from MUICT who designed the game’s characters, mentioned that her passion for animation and graphic design led her to join this project. As the beta version of the game received good feedback from people across ages, she hoped that the game would also be received well by the international community once it is released.

Please try and enjoy the game at https://op.mahidol.ac.th/ir/game/