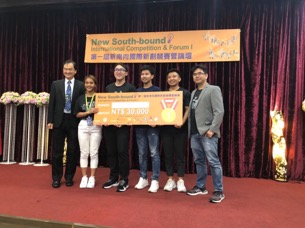 The “Selfin” team is composed of five members—two from MUIC, two from MU’s College of ICT and one from the College of Engineering with the Marketing students serving as the team leaders. They are all part of MU’s Startup Club.